Unpretentious description of the function of credit manager 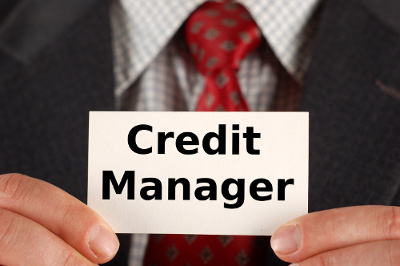 Sometimes positioned under the commercial management (to avoid), often under the financial management (highly recommended), it is functionally halfway between the two worlds, isolated in the no man's land through which he must build strong bridges to ensure a vital communication in the interest of the company.

Credit Manager is neither a financial nor a commercial guy, but much of both. He is not recognized as similar by either "true" financial people who distrust of this versatile species, or by sales representative who see him as an intrusive controller into what should remain in their backyard: the customer relation.
Rejected, isolated, lonely is the credit manager?

Not at all actually. The Credit Manager delights in this specific positioning. Why? First because some appetite for risk. Indeed, being located between two trenches facing each other while polishing up their weapons may seem daring, even suicidal. Ask venerable soldiers of WW1, peace to their souls, how uncomfortable is this situation, receiving attacks from everywhere without possibility to protect themselves.

Exposed Credit Manager? Yeah! And begging for more because no man's land is his garden. He remains there. Life expectancy limited in this case? Possible, but not necessarily. He sees far, he is a visionary. He set an improbable goal; often illusory; to reconcile two worlds that are seemingly totally opposed. He is a mediator who is aware of the ultimate interest of the company and is willing to defend it.

He is a humanist; he is the incarnation in the company of Monnet and Schuman (European community founders who reconciled old enemies: France and Germany). He knows that to survive and grow his company must be united in adversity; speak with one voice to its customers provided that it is clear and strong.

He understood that the ultimate goals of financial and business people come together at the top, beyond the differences and mutual misunderstandings. He is like a parent because his words soothes because foremost he understands the issues and stakes of each other. He explains in order that all adhere.
Do not consider him as a weathervane. If he looks left and right it is to soak the entire business environment to make informed choices.
He knows when to impose his decisions when the attractiveness of sales opportunity makes some sales men less clever. He wins turnover, when negotiating with the buyer payment terms to reduce the risk of default to an acceptable level.

He can be combative when a client, by pure bad faith, decides to break its commitments. His weapons are powerful when they are well used: He always leaves an exit door, a window of negotiation allowing the debtor to become again client if he honors its bills and shows more kindness
The Credit Manager is a warrior. He fights for financial and sales rep look beyond their immediate self-interest, to coincide with the interests of the company. He fights to establish the conditions for the business relationship to be profitable in the long term and does not become a creditor - debtor relationship - which would mean a failure for both parties.
Imbued with the belief that the accounts receivable is the hinge of the business relationship, he can detect its creaking as many sources of internal process improvements for his company: quality, logistics, sales conditions, customer service.

Comments are displayed in chronological order and have been reviewed by the editor before publication.
B.S.
Well putted and true indeed.
L.
Great read on a Friday morning! Really enjoyed the tongue in cheek attitude, yet the "trueness" of who we are is clear. Thank you
A.F.
Very well put, Credit Manager is really what you describe


https://www.creditmanagement-tools.com/blog/2018/12/07/credit-manager-anatomy-of-an-unusual-species-b80.php
Results in the news