The keys to judicial collection in France 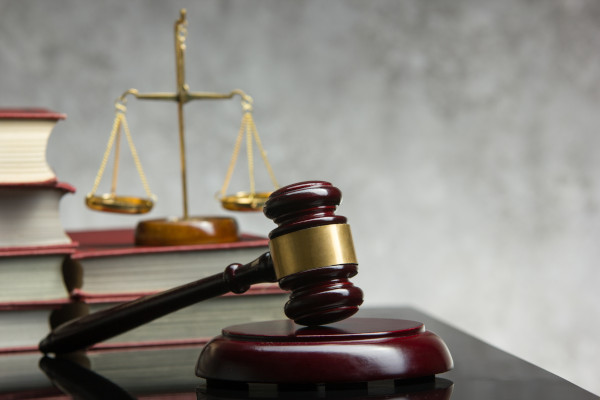 If amicable debt collection fails, the question of instituting legal proceedings to obtain a court decision and pursue the enforced collection of pecuniary judgments arises.

First and foremost, it is critical to determine whether legal action is necessary. Several factors must be considered before making a decision, including the amount of debt, the debtor client's attitude, it's financial stability, resources available to initiate and follow the procedure, and of course the chances of success... Once a decision has been made, it is critical to follow the substantive conditions (I) and understand the court's jurisdictional rules (II) to avoid having one's claim rejected.

Substantive prerequisites for starting a procedure

The substantive requirements concern the proceedings' parties and the claim.

Conditions related to the parties

Identification of the parties

Most often, A lawsuit usually involves two parties: the plaintiff and the defendant. The plaintiff is the one who brings the action. The defendant is the one against whom the action is brought.
In the context of judicial debt collection, the plaintiff is almost always the creditor, and the defendant is the defaulting customer who has not paid the invoice.
Although the protagonists are known by the persons concerned, it is legally necessary to identify them well in the introductory act (request or summons). The Code of Civil Procedure lists the information that is mandatory to identify the parties (article 648), depending on whether they are the plaintiff or the defendant, an individual or a company.

This is the minimum information required. All additional information is useful, (in particular the RCS number for companies), notably for the defendant, whose legal obligations are low. Why is this important?

First of all, because it is a legal obligation. The commissioner of justice (formerly a bailiff) responsible for issuing a deed that does not contain these particulars could refuse to do so in order to avoid the risk of being held liable in the event of a dispute. The judge in charge of deciding the dispute could also dismiss the plaintiff's claim.

Secondly, a wrong identification of the parties at the beginning of the procedure can have serious consequences on the following. If a decision is rendered at the request of a company that does not exist (error in the name or legal form, for example) or against a company or an individual that is incorrectly identified (wrong address, homonym), enforcement will be compromised because the decision will be potentially unenforceable.
The interest to act

The person who has a personal interest in the matter has the right to file a claim or defend himself (article 31 of the Code of Civil Procedure).
However, two factors temper this definition.
By exception, The law empowers specially designated individuals to act.  This is the case, for example, of the actors of collective procedures (agent, liquidator, administrator, commissioner for the execution of the plan...) or of the building managers.

The ability to act

Conditions related to the claim

The claim must meet certain characteristics and not be time-barred.

The characteristics of the claim

To begin with, the claim must be certain, liquid, and due in order to be sued.
A definite claim is one that is undeniably true. It is therefore necessary to prove its existence by providing documents, if possible signed, such as quotations, general terms and conditions of sale, delivery notes, invoices. Thus, if the claimant creditor has no signed documents or evidence of the existence of the claim, it seems too risky to initiate proceedings.
An e-mail or a letter stating the debtor's agreement to pay can constitute a beginning of proof.
The liquidity of the claim refers to its amount: it must be determined or, failing that, determinable. The creditor specifies the elements allowing the precise evaluation of the claim.
Finally, the debt must be due and payable, i.e. the due date has arrived.

The debt, however, must not be time-barred! Between the friendly reminders and the inertia frequently observed prior to the decision to pursue the matter through the courts, this is a real point of vigilance because time flies!
The statute of limitations

« Extinctive prescription is a mode of extinction of a right resulting from the inaction of its holder for a certain period of time » (article 2219 of the Civil Code).

If a claim is time-barred, then the creditor will no longer have the right to take legal action to seek a judgment against the debtor. Nevertheless, an amicable payment can always be requested.
Concerning the limitation periods, there are many specific periods depending on the subject matter (insurance, rental, real estate construction, credit, transportation). For the collection of debts, the following two deadlines should be considered:

Once the decision to sue has been made, the appropriate court must be used. The courts have attribution jurisdiction and territorial jurisdiction depending on the subject matter.

The competence of attribution

Debt collection is a "movable" action. The choice of jurisdiction therefore depends on the quality of the parties.
Two jurisdictions are mainly competent: the judicial court and the commercial court.

It is the common law jurisdiction.
Since January 1, 2020, the Judicial Court has replaced the Tribunal of Grande Instance and the Instance Tribunal.  These two jurisdictions have merged to form the Judicial Court, which hears "all civil and commercial cases in which jurisdiction is not attributed to another jurisdiction due to the nature of the claim". The judge of litigation and protection for the following disputes sits within the Judicial Court:
A local court also exists in certain municipalities in France: these are the former Instance Tribunals located in cities where there was no Tribunal de Grande Instance. In other cities, the Local Courté is a chamber of the judicial court that is responsible for handling "small disputes" and in particular debt collection cases up to 10,000 euros.

The general rule is laid down in Article 42 of the Code of Civil Procedure: "The court with territorial jurisdiction is, unless otherwise provided, that of the place where the defendant lives".

Therefore, it is necessary to clarify the notion of domicile.

For individuals, the domicile is the place where the person has his principal place of business and a permanent establishment.

Two options complete this general rule :
Finally, it is possible to derogate from the rules of jurisdiction by a forum selection clause in a contract.

On the question of jurisdiction, in very exceptional cases, it is possible to designate the competent court by an agreement. Traders can thus decide that the competent court to settle a dispute will be the Judicial Court and not the Commercial Court.
On the territorial competence, the clauses attributing competence are possible : Once all the conditions have been met for taking legal action and the competent court has been determined, the question arises as to which procedure to initiate: summons on the merits? summary proceedings? order for payment procedure ? the choice is above all strategic. The outcome of the procedure and the chances of success depend in part on the decision taken. Experience and knowledge of the procedure are important assets. It is therefore strongly advised to be accompanied by a professional when legal representation is not mandatory.

Pauline THIBOUT, holds a Master's degree in "Civil Procedure and Enforcement" and a diploma in "Business Management and Development", She also passed the Bailiff professional examination and worked as an associate in a law firm in Grenoble for several years. An expert in civil procedure and legal recovery, she also contributes as a mentor for the company's training programs CAP RECOVERY, of which she is co-founder and partner.
Next step : Bad debts collection →