The judicial collection procedure and its various players in France 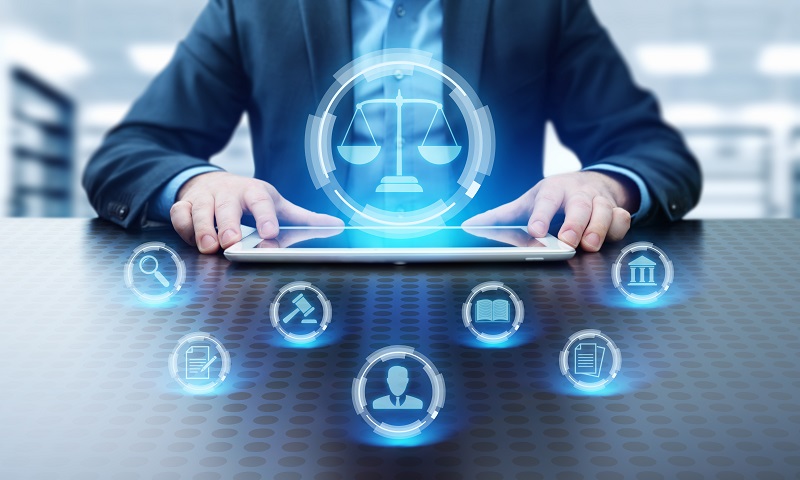 Auhtor: Pauline THIBOUT from the collection agency of CAP RECOVERY When a legal action is initiated, several actors intervene during the procedure. Each one has a specific role and mission. Knowing them allows you to know who to contact and when.

It also allows for a better understanding of the course of a procedure. Four actors intervene almost systematically in a procedure: the lawyer, the judge, the clerk's office and the judicial commissioner (formerly called the bailiff).

The lawyer is undoubtedly the best known protagonist. He can intervene as an advisor, upstream of a procedure, or in litigation to represent and defend a party before a court. Several questions arise concerning the lawyer: when is it mandatory to be represented by a lawyer? what is his territorial competence? how to choose?

Lawyer: mandatory or not?

The rules relating to representation by a lawyer have evolved following the so-called "programming" law of March 23, 2019, which aims to simplify civil procedure and access to justice.

The obligation to be represented by a lawyer before the courts has been extended to allow "useful access to justice" and not to allow "the illusion to persist for litigants that they can effectively defend themselves without a lawyer in extremely technical disputes" (remarks by Thomas Andrieu, Director of Civil Affairs and the Seal at the Ministry of Justice, May 2, 2019)

In terms of judicial debt collection, two jurisdictions are particularly interesting: the Judicial Court and the Commercial Court. Before the Judicial Court, the assistance and representation by a Lawyer is mandatory unless otherwise provided.

In matters of debt collection, the parties are exempt from having to be represented by a lawyer when the claim is for an amount less than or equal to 10,000 euros.

Before the Commercial Court, the parties are obliged to constitute a lawyer, except :

Before these two jurisdictions, there is a particularity in the matter of injunction to pay. A lawyer is not required to file an application for an order for payment even if the amount is over 10,000 euros. The lawyer will be mandatory in case of opposition to the order on an amount exceeding 10,000 euros.

Territorial competence of the lawyer

In order to understand the territorial competence of the lawyer, it is necessary to distinguish two distinct missions: pleading and postulation. Pleading means representing and orally defending a party before the court. Postulating means to carry out the procedural acts before the court before which representation is mandatory.

Lawyers can plead without territorial limitation before all jurisdictions. In order to apply, the lawyer must have his professional domicile within the jurisdiction of the Court of Appeal of the court seized.
Thus, for example, a lawyer registered with the LYON Bar can appear before the Judicial Courts and the Commercial Courts of : Bourg-en-Bresse, Lyon, Saint-Etienne, Villefranche-sur-Saône, and Roanne.

A party may be assisted by several lawyers. However, it is mandatory to appoint only one of them to represent it as a postulant lawyer. When it is mandatory, the failure to appoint a lawyer is a substantive irregularity in the proceedings.

Specialty of the lawyer

As of January 1, 2020, according to the Conseil National des Barreaux, there were 70,073 lawyers in France (source here).

Lawyers can work in large multidisciplinary firms or as individuals. The nature of the dispute as well as the relationship will thus guide the choice of the lawyer.

Even if legal representation is not mandatory, it is strongly recommended to consult a lawyer to get advice and to know the amount of the fees. The cost of the lawyer is to be compared to the time spent to appear in person (preparation of the file, research of legal bases, hearings in the plural because it is frequent that a case is referred once, twice or three times ...)

Finally, it is always interesting to call upon a business law attorney before any litigation for questions of restructuring, commercial leases, goodwill, general terms of sale, etc. This makes it possible to secure and anticipate.

The judge and the registry

Other professionals carry out their mission within the court. This is the case of the judge and the clerks of the court, known as the Registry.

The judge intervenes once the jurisdiction. His main role is to settle the dispute. He is first in charge of verifying the reality of the facts thanks to the elements of proof brought by the parties.

In the field of debt collection, the evidence is made up of contracts, general terms and conditions of sale, estimates, invoices, reminders, e-mail or mail exchanges between the parties, etc. Statements established by a court commissioner constitute evidence with a great probative force, for example in building disputes (acceptance of a building site, reservations, defects...). Then, the judge qualifies the facts legally (sale, loan, rent, consumption, service provision...). He defines the legal framework of the dispute and the applicable rules.

Finally, he applies the law to the qualified facts and decides the dispute with impartiality. A judge seized with a dispute is obliged to decide, otherwise he commits a denial of justice. However, there are times when the law is silent or incomplete with respect to the dispute at hand. In such cases, the judge uses his discretionary power and his personal conviction to find the solution that seems most appropriate. When several similar cases are decided in the same way, we speak of jurisprudence.

The judge also has a role to play in the course of the trial: he or she may have to reconcile the parties, he or she has the power to order expert appraisals or investigations, he or she may impose time limits on the parties, etc. He must ensure that the adversarial principle is respected and that the trial is held within a reasonable time. All these missions contribute to the respect of the right to a fair trial provided for by article 6 of the European Convention on Human Rights.

The Registry is the secretariat of the Tribunal. It is headed by a chief clerk and organized in several offices. Each office is attached to a chamber of the court.

The clerks are in charge of administrative and material tasks such as summonses to hearings, links with the lawyers, holding hearings, drafting judgments, reproducing documents, notifying decisions, etc. The clerks also assist the magistrates at the hearings: they announce the files, transmit the documents, take notes, record the dates of referrals...

A particularity exists at the Commercial Court: the clerk of the Commercial Court is a public and ministerial officer. He is appointed by the Minister of Justice. It is a regulated profession, in the same way as judicial commissioners or notaries. The clerks of the commercial courts perform jurisdictional functions in the service of the court and companies:

The missions of the judicial commissioners are very varied. Their mission is to serve legal documents. It is interesting to know at what point he intervenes in a procedure in order to understand why he is essential to the smooth running of the procedure, before looking at his competence.

When does he intervene?

The Judicial Commissioner intervenes at different stages of the procedure.

Why a judicial commissioner?

A sworn public officer, he guarantees the respect of the adversarial process, the cornerstone of all civil proceedings.
The judicial commissioner is a neutral actor. His mission is to bring an act to the attention of its addressee, regardless of the person at the origin of the request.

He is obliged to take all necessary steps to ensure that the document is served on the addressee himself in order to inform him of his rights and obligations in the context of the ongoing proceedings. The use of a court commissioner guarantees that everything is done to reach the addressee. The recipient is then aware of the existence of the dispute and can defend himself.

The Commissioner is liable for issuing procedural documents. In case of fault or breach of duty, he can be prosecuted with aggravating circumstances because of his status of public and ministerial officer.

Jurisdiction of the judicial commissioner

The territorial competence of the judicial commissioners is fixed at the jurisdiction of the Court of Appeal, as for the postulation of lawyers. Thus, a judicial commissioner within the jurisdiction of the Court of Appeal of GRENOBLE, for example, is competent in the following departments Isère, Drôme, Hautes-Alpes. He will therefore be able to serve documents to all persons, natural or legal, having their residence in these departments.

The territorial areas of competence of the judicial commissioners are large and/or dense in terms of population. The profession is regulated and a qualified person cannot set up freely. To meet the geographical constraints, the tendency is to group together the Studies, which allows to have several establishments on a territory of competence. Concerning the activity of observation, the competence is national.

All these actors participate in the principle of the right to a fair trial. Each one constitutes a link in the chain of the legal procedure. They are all professionals of proximity, at the service of litigants who should not hesitate to push their door to solicit them or to know more.
Pauline THIBOUT, holds a Master's degree in "Civil Procedure and Enforcement" and a diploma in "Business Management and Development", She also passed the Bailiff professional examination and worked as an associate in a law firm in Grenoble for several years. An expert in civil procedure and legal recovery, she also contributes as a mentor for the company's training programs CAP RECOVERY, of which she is co-founder and partner.